Originally trained in chemistry and physics at Harvard and Caltech, Paul left academia to pursue a call to ministry. He joined InnerChange (a Christian order among the poor), moved into a marginalized immigrant neighborhood in Los Angeles, and came alongside local leaders to help them transform their community. After many years in Los Angeles, Paul relocated to New Haven, where he works on InnerChange’s Staff Formation Team, tutors math and science, and serves as parish worker and liturgical leader at St. John’s. 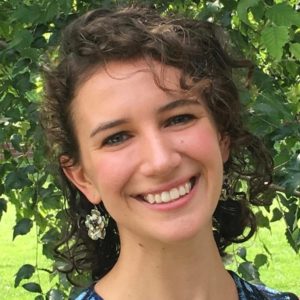 Sally Hansen is a 2018 graduate of Yale Divinity and the Yale Institute of Sacred Music, where she earned a master’s in religion and literature. A native of Lexington, Virginia, Sally graduated in 2016 with a Bachelor of Arts degree (English major, classics minor) from the University of Virginia, during which time she spent a semester at the University of St. Andrews. 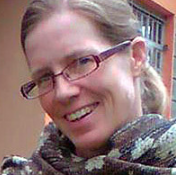 Michèle Sigg has been a member of St. John’s since 2000.  She is currently doing a Ph.D. in World Christianity and Missions at Boston University. She grew up in France as a missionary kid where her dad worked as a pastor in the Reformed Evangelical Church. She is married to Sam and they have three children. She is also on the St. John’s vestry. 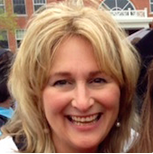 Growing up in Indonesia as a daughter of missionaries, Karen has always been fascinated by international cultures. She studied in Freiburg, Germany, before obtaining a B.A. in political science at U.C. Riverside and after a stint on Capitol Hill with the Ways and Means Committee, worked as a campus minister at Dartmouth College and subsequently at Yale. Karen has helped to coordinate student ministries in the Republic of Georgia and Cambridge, England, and she currently works with women in the Yale graduate community. She has a passion for helping people to integrate Scripture with their daily lives. In keeping with her international interests, Karen has enjoyed teaching ESL Bible classes for Yale-connected women, interacting with Yale World Fellows and working with refugees in New Haven area. She is married to David Mahan and they have three grown children. 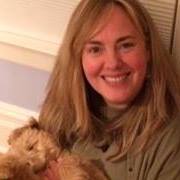 Lenore Hammers has been at St. John’s parish since 1993. She worked with Campus Crusade for Christ (now known as Cru) for ten years in the campus ministry, the last three of which were at Yale University. In 1999 she graduated from Southern Connecticut State University with a Masters in Social Work. She currently works as a liver transplant social worker at Yale New Haven Hospital and the Yale New Haven Transplant Center.

During her time at St. John’s she has served in various capacities. She is currently active in the welcome team ministry, altar guild, choir and the band, and generally pitching in where needed. In her free time she likes writing and has self-published a historical murder mystery called Measure of Faith: A Murder Mystery. She is also currently learning to play the fiddle.

Anne Carroll moved to New Haven, from Atlanta Georgia, in 2012 to start a Ph.D. in physical chemistry at Yale Graduate School. A cradle Episcopalian, she was happy to join the family of her local church and had grown through the liturgy and community of St. John’s. Since becoming a doctor in December 2018, she has continued her research as a post-doc. She also continues to social dance with the local group Yale Swing Blues and Fusion. 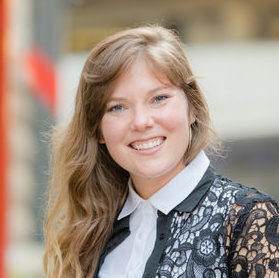 Elizabeth formed a lifelong connection with urban public places as a young girl when she did cartwheels in downtown parks, marched in holiday parades, and imagined histories of aged buildings. She serves St. John’s by implementing building improvements, maintaining and beautifying the grounds, and convening congregants to care for shared spaces. She is a 2016 graduate of Yale Divinity and the Institute of Sacred Music, where she earned a master’s in religion and material culture, and she works as Special Projects Manager at the Town Green District. 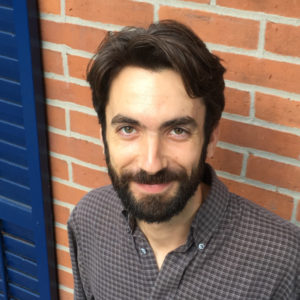 Michael Racine was raised in God’s love in the very musical town of Traverse City, Michigan, where he sang from early childhood and began studying the guitar at age 11. After graduating from Brown University with a concentration in Religious Studies, he moved to Hunan, China, where he taught English for two years at a public middle school and led a small house church. Michael later directed English teaching and curriculum development for a college scholarship program in Haiti, then taught for a year in Spain before coming to New Haven to study at the Yale Institute of Sacred Music. While singing in multiple ensembles and studying choral conducting with Marguerite L. Brooks, he earned his M.Div. from Yale in 2015. In addition to his roles at St. John’s, Michael serves Yale undergraduates as a Ministry Fellow with Christian Union.

Powered by Capitalize Services Pvt. Ltd.
Back to Top